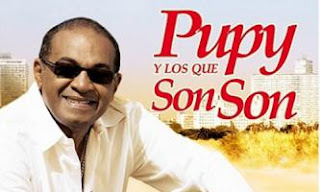 Due to the cancellation of Los Van Van, Pupy y Los Que Son Son, directed by LVV former pianist Cesar "Pupy" Pedroso, will pick up the Yoshi's dates at both San Francisco and Oakland locations. Here is a link to the Yoshi's site. All pianists in Afro-Cuban music today owe a tremendous amount to Pupy's fabulous arpeggiated montunos!
Posted by Rebeca Mauleon at 12:35 PM No comments:

Silvio Rodriguez concert in Oakland pushed back to June 12th 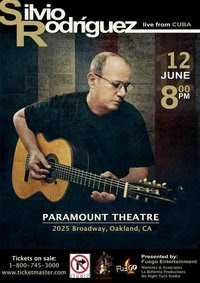 The concert promoters announced the 1-day schedule change for Silvio's appearance at the Paramount Theater in Oakland. Originally scheduled for June 11th, they moved it back 1 day to accommodate for the added show at New York's Carnegie Hall. Here is a link to Silvio's page, and another to the  promoter's Facebook page and press release.
Posted by Rebeca Mauleon at 9:18 AM No comments:

Rumor has it that Silvio's Carnegie Hall concert on June 4th is sold out. The website indicates "limited availability" (whatever that means). See the complete itinerary here.

Here's one of his best-known and loved songs, "Unicornio," accompanied by the great Chucho Valdés:

Picking up the canceled Van Van dates, Pupy y Los Que Son Son have a few tour dates, including appearances at both San Francisco and Oakland Yoshi's clubs. Here is the listing on Eventful.

For fans of timba, check out timba.com's updates on tours, album releases and more.

The Cubans Are Coming!

After several years of musical drought, I'm looking forward to the array of musical acts coming through the US. Already saw Carlos Varela this year - amazing show. Even the concert in Miami was a success (read this excellent review in the Miami Herald).

Disappointed that Los Van Van were canceled, but at least Pupy y Los Que Son Son are scheduled to cover some of those dates. The biggest news is Silvio Rodriguez, performing in the US for the first time in over three decades. He'll be at the Paramount Theater in Oakland on June 11th - can't miss this one!